ThinLight Technologies is proud to offer stadium lighting for a variety of sports arenas. These lights feature a patented design that assists them in achieving extreme brightness, energy efficiency, and a premium quality. In addition to being the ideal light for baseball, soccer, and football fields, our LED stadium lights also have commercial applications such as airport runways, parking hubs, tennis courts, golf courses, and sea ports. Our state-of-the-art design is optimized for real-time monitoring of color tuning and dimming. Our lights earned an IP66 rating and are built to be able to withstand harsh conditions such as Minnesota winters. 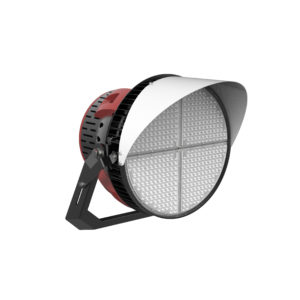 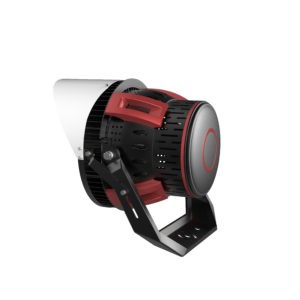 -Mounting adjustable up to 240°

For many years, sports arenas and stadiums have used old-fashioned metal halide lights to illuminate their respective playing surfaces. This began to shift in 2012 when LED lights first began to be installed in professional sports arenas. The initial attraction that brought about the shift was an estimated 70% savings on energy costs. The decision to swap out old lights for newer LED’s became even easier when team executives began to realize the extent to which it enhances fan experience. When the Miami Dolphins recently renovated their stadium to include LED lights, Senior Vice President of Stadium Operations, Todd Boyan, had high praise for the decision: “We have been pleased with the switch to LED lights as they present a more cost-efficient solution in improving our event presentation for football, soccer, concerts, and the many of the world-class events the facility now hosts.”

Another key benefit of Thinlight’s LED stadium lights is the enhanced controllability they allow.  The ability to tune the color of the light and change the intensity in real-time opens up so many possibilities for any venue that deploys them.

Despite all of the obvious advantages that LED’s have over the outdated metal halides, only around 1/3 of major sports arenas have made the switch to the new technology. That makes for a lot of sports venues that are missing out on energy savings and an enhanced fan experience. But don’t worry, we’re here to help!